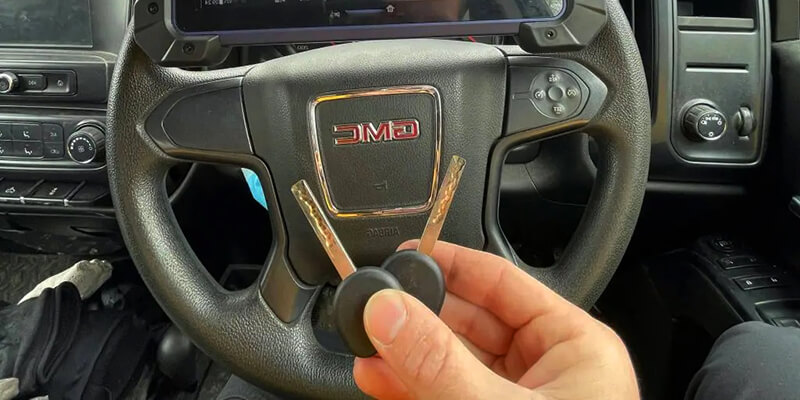 Transponder Chip in Cars is Beneficial!

The auto industry has been working on a reliable and affordable way to identify cars via their VINs and prevent people from faking or stealing them. You can read transponder key using a reader that’s built into the car. With a transponder, all you need is a reader in your key fob to unlock the car’s doors. When you press the unlock button on your key, the chip in your key transmits an encrypted code to the reader in your car.

You can read transponder key with the manufacturer’s own reader so it’s harder to copy. And although many manufacturers are incorporating more advanced security features for transponders, there are no reliable solutions available right now on how to stop people from cloning these chips.

What is a Transponder Chip?

A car key transponder is a smart chip embedded in a vehicle key fob or an individual car key. The chip helps unlock the doors of a vehicle. It also helps to start the ignition and drive the car. The chip also connects to a radio frequency receiver in the vehicle’s keyless entry system. This makes it easier to find and identify the vehicle.

Transponders were the first generation of smart keys to make it into cars. They work almost exactly like a key fob, but instead of coming with a physical key, you get a chip that works only with a keyless entry system. When you enter a car with a chip, the car’s keyless entry system can read the chip and unlock the car. The biggest advantage of transponders is the convenience of not having to carry the key. With a single fob and a bit of memory, the chip saves you from carrying those extra keys. And with an increasing number of car models that can only be started via transponder, it’s even easier to get in the car.

Security Concerns with a Transponder Chip in Cars

As more and more cars come with a transponder chip, you must wonder how safe this technology is. There are a few concerns:

Someone can hack your chip. In fact, according to the Electronic Frontier Foundation (EFF), the Nevada DMV accidentally exposed its entire key database via a bug in a chip. The EFF discovered the bug and helped the Nevada DMV patch the problem. What’s more, researchers have found ways to fuzz or distort the data being sent from the chip, allowing them to create false keys or disable the chip entirely.

How To Replace Transponder’s Chip!

If your car’s transponder chip is failing, it’s time to replace it. Chips are small devices that help law enforcement track down vehicles that have been stolen or are violating traffic laws. Replacing the chip is a simple and cost-effective way to keep your car safe and compliant with the law. Here are the steps you’ll need to take to replace your chip:

If you’re experiencing problems with your transponder chip, don’t hesitate to call Edward Bros Locksmith. We specialize in replacement chips, and we can help you get your locks fixed right the first time. Our experts have the most up-to-date tools and technology to transponder key replacement, so you can be sure that your transponder key will be fixed quickly and correctly. Plus, our prices are very reasonable. So you won’t have to worry about spending too much money on something that won’t matter. Contact us today and let us help you out.

It’s easy to see why automakers are so interested in using transponder chips in cars. They also provide an easy way to identify vehicles and can save you from carrying multiple keys. And there are more and more car models that only open with a transponder. But as with any new technology, it’s important to be aware of the security concerns and work to improve them.